I'm pleased to announce my involvement once again with Great North Comics as the cover artist for their newest Auric miniseries, A God In Plastic, written by Mark Shainblum and Illustrated by Dan Day. Here is a synopsis (taken directly from the Kickstarter page)
It's 1941...
And it’s been nearly thirty years since Auric's mission to save the north began, but even as his legend grows, he is still feared and shunned by most of the people he fights to protect.  But now the world is is aflame, and not even the great protector can stay isolated from Hitler's war. The Nazis have ensnared a dark power from Canada's north, which could lead to the death of billions and doom for the Allied cause. Canada's wartime mystery man, The Black Ensign, comes to recruit Auric to the war effort, and he's not taking "No" for an answer!  Auric comes face to face with the Canadian Prime Minister, Mackenzie King, who is secretly also a sorcerer supreme, The Wizard of the Western World.  And don't miss the return of Auric's patron, spirit of the Inuit people, The Northern Goddess!
Follow Auric and his allies into the fray as Canadian Comic Book Hall of Fame Writer Mark Shainblum (Northguard, Angloman, Corum) and Legendary Canadian Artist Dan Day (Saga of the Swamp Thing, Detective Comics, Doctor Strange, Cases of Sherlock Holmes) add a new chapter to the legend of the greatest hero of...
The Great White North.

The Kickstarter is now live through the end of May and you can support this project (and secure a plethora or awesome rewards) at: https://www.kickstarter.com/projects/davisd/auric-a-god-in-plastic-book-one
Posted by Shane Kirshenblatt at 1:45 PM

I am pleased to once again be partnering with Aaron Russell and the Jace Wars team for the next installment of the comic book trilogy.

An adventure two years in the making after the success of the first Jace Wars book (which can be read online here), Episode II continues right where the initial chapter leaves off, as Jace, Gigi, and the rest of the team battle the forces of Tuma the Hutt to free the galaxy from a biological threat. While our heroes appear to be gaining ground, the villainous Hutt has a few surprises in store, namely his own assembly of dangerous mercenaries known as the Blight. Much like it's predecessor, this chapter has both new and familiar faces, and ups the ante with plenty of action!

Jace Wars Episode II (in which I will be contributing as both co-writer and artist once again) is currently shipping to customers and retail outlets.

Posted by Shane Kirshenblatt at 10:00 PM 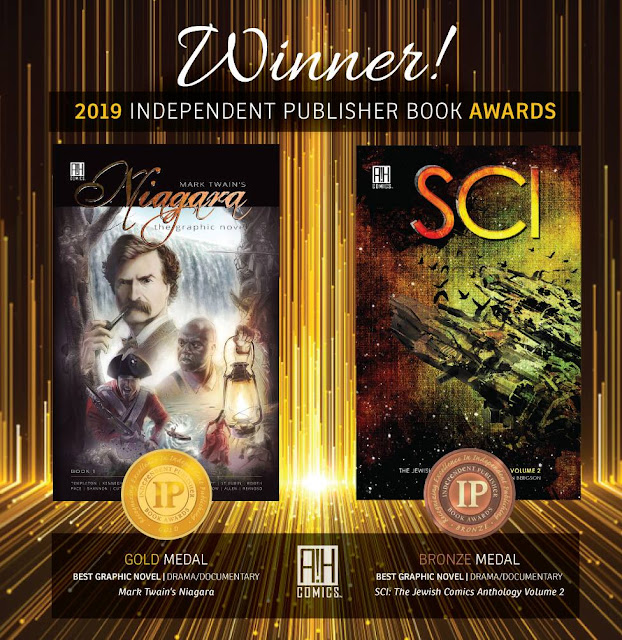 I'm honored and thrilled to have been involved in both books (cover, "The Stranger" interior pages for Mark Twain's Niagara; interior pages for "It Could Be Worse" in SCI: The Jewish Comics Anthology Volume 2) and for anyone interested in checking them out, you can find them on Amazon (individual product links vary by location/geographical location).

Since January, I've been dedicating much of my time and effort to a very important project, for an organization near and dear to my heart. Jace Wars has been fundraising and spreading brain tumour awareness on behalf of various charities (Ronald McDonald House Hamilton and McMaster Children’s Hospital) since 2012, through various family-friendly events. Since the event in June is set to be the last one until further notice, organization founder Aaron Russell approached me to adapt the story of Jace and Gigi (Russell's son and daughter; the former being the inspiration for the Jace Wars after surviving his own life-threatening brain tumor in 2011) as it takes place in the Star Wars Universe (sneak peek below:) 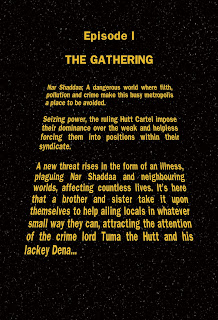 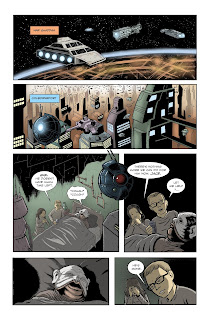 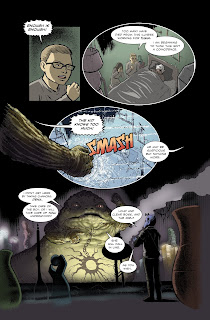 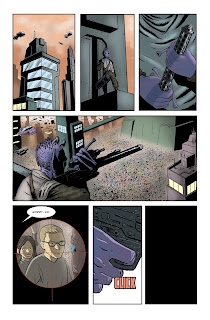 The book (available for a $12) and 11" x 17" poster ($10; but $20 for both book AND poster) will debut at Niagara Falls Comic Con where I will be appearing (Friday June 7 only) to promote the release and will be providing limited opportunities for original sketch cover illustrations (pricing TBD).


Posted by Shane Kirshenblatt at 6:18 AM