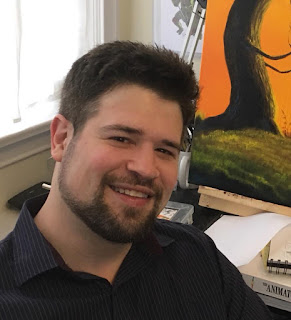 Shane Kishenblatt is a Canadian illustrator and storyboard artist, specializing in projects for comics and animation. He is known as the creator of Dorothy Gale: Journey to Oz (Jack Lake Productions, 2005), and has contributed to many other projects, including the Joe Shuster Award Nominated Toronto Comics Anthology Vol. 3 (Toronto Comics, 2016), and Hogtown Horror Volume 1 (Hogtown Comics, 2017). Rekindling his passion for animation, Shane (with creative partner Andrew Healey) entered the Ottawa Animation Festival "Pitch This" international competition in 2017 with Zap Kazaam, which successfully advanced to the final two, and finished as a runner-up. In 2018, he returned to the Ottawa Competition, finishing this time as a semi-finalist with Andrew Healey and their Dragon Knights project.  He is currently developing intellectual properties for comics and animation which he looks forward to sharing in the very near future!