I am pleased to once again be partnering with Aaron Russell and the Jace Wars team for the next installment of the comic book trilogy.

An adventure two years in the making after the success of the first Jace Wars book (which can be read online here), Episode II continues right where the initial chapter leaves off, as Jace, Gigi, and the rest of the team battle the forces of Tuma the Hutt to free the galaxy from a biological threat. While our heroes appear to be gaining ground, the villainous Hutt has a few surprises in store, namely his own assembly of dangerous mercenaries known as the Blight. Much like it's predecessor, this chapter has both new and familiar faces, and ups the ante with plenty of action!

Jace Wars Episode II (in which I will be contributing as both co-writer and artist once again) is currently shipping to customers and retail outlets.

Posted by Shane Kirshenblatt at 10:00 PM 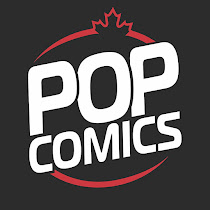